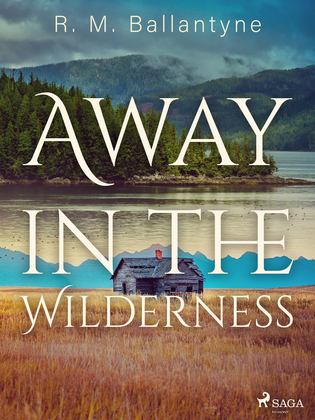 Away in the Wilderness

'Away in the Wilderness' is a classic for young readers. Adults are also bound to enjoy this novel as a semi-biographical adventure tale set in the wilderness in the latter half of the 19th Century.

A delightful and humorous tale set in Canada. Boasting vibrant descriptions of Rupert's land, the rambling woods, the mosquitoes and of course the friendly and hospitable Canadian folk. It also contains a very good lesson on the best way to take revenge.

This tale is perfect for young readers approximately aged 12-16 or so.

R. M. Ballantyne was a Scottish writer specialising in the juvenile fiction genre. He was born as Robert Michael Ballantyne into a family of well-known printers and publishers in Edinburgh. At age 16 he travelled to Canada where he served with the Hudson's Bay Company for six years. He returned to Scotland in 1847 and published his first book the next year, 'Hudson's Bay: or Life in the Wilds of North America'. For several years he was employed by the publishing house Messrs Constable. But in 1856 he decided to leave the literature business. Instead he began writing a series of adventure stories for young readers.