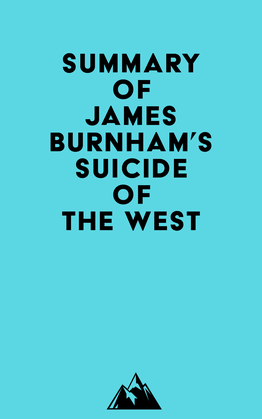 Summary of James Burnham's Suicide of the West

#1 The history atlas I found was similar to this one, published in 1921 but carried through only to 1929. It begins with maps of ancient Egypt under this, that, and the other dynasty and empire. Then it moves on to maps of Persia prior to 700 B. C. and Macedonia.

#2 The Western civilization, viewed through an unsentimental lens, can be seen to have dominated the world in the fifteenth century. It had burst from western Europe and the Mediterranean into Africa, Asia, the Americas, Oceania, and all the seas.

#3 The process of the political and geographic disintegration of the West began with Russia in 1917. What we mean by Western civilization may be defined in terms of the continuous development of a social formation that began in western Europe about the year A. D. 700.