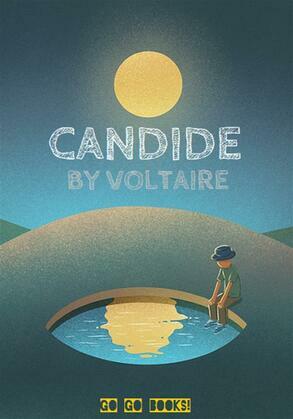 Includes the prologue “If this is the best of possible worlds, what then are the others?” by the editor.

"Candide" is an accessible masterpiece which demonstrated to the world Volatire's genius as a satirist. The eponymous Candide is a young man tutored by an optimist who is convinced according to the cause and effect philosophy of Leibniz and perhaps is best summarized in Voltaire's leitmotif that human beings live in the "best of all possible worlds." Alexander Pope rather laughably made the same outrageous claim in his "Essay on Man" in which he writes, "Everything that is is right." How can this be so, you may well ask? Here is the nut of the problem: it seems that a perfect God has created a highly imperfect world. How can a good, omnipotent, loving God create a world in which so much catastrophic evil exists and which is so often allowed even to thrive? It is a question for the ages. Theologians argue that God created mankind with free will and without it they would simply be puppets without the freedom to make choices. Theologians also point out that the majority of the evil resident in our world is perpetuated on vast masses of humanity by other human beings, not God, and that evil is the cause and effect of conflicting self-interests imposed by people with more power upon the less powerful. But this point doesn't explain why a loving, all-powerful God would allow any of it to exist and endure. Why not cast down all the devils and give his human creatures a perfect garden, a paradise on earth, without snakes anywhere? Why did God create the serpent in the Garden of Eden in the first place?