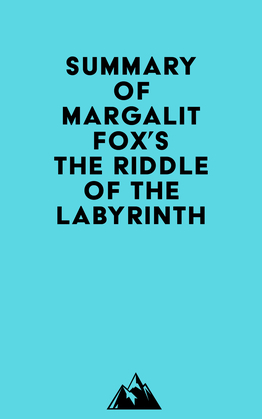 Summary of Margalit Fox's The Riddle of the Labyrinth

by   Everest Media (Author)
Buy for $3.99 Excerpt
Nonfiction History Ancient Greece
warning_amber
One or more licenses for this book have been acquired by your organisation details

#1 Evans came to Crete in the late 1880s to excavate the ruins of an ancient civilization that Heinrich Schliemann had excavated a quarter century earlier. He proved that the poems of Homer, which described a war between the Greeks and Trojans, were indeed historical.

#2 Despite the great refinement of the Mycenaean kingdom, there was no evidence of writing anywhere in the kingdom. This surprised Evans, who believed that such a sophisticated civilization would have been literate in some form.

#3 Evans was a tireless archaeologist who was able to spend long periods of time in the Balkans, where he was a passionate advocate of the Slavic nationalist cause. He was also a wealthy man.

#4 Arthur Evans was a scholar who studied the Balkans. He was a staunch public champion of the Slavs’ struggle for self-determination, and he wrote a series of dispatches to the Manchester Guardian chronicling the heroism of the Slav resistance fighters.