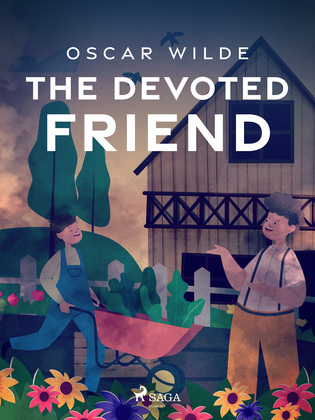 by Oscar Wilde (Author)
Buy for $2.99 Excerpt
Fiction Classics Juvenile & young adult Short stories
warning_amber
One or more licenses for this book have been acquired by your organisation details

Exploring the idea that it’s good to be able to discern between healthy and toxic relationships, ‘The Devoted Friend’ is perhaps more relevant now than it has ever been. While this might read as a sweet fairy-tale, Wilde imbues it with important lessons in morality and friendship. It begins with a linnet meeting a vain and ignorant water-rat. In order to bring the water-rat to some realisation, the linnet tells him the story of a gardener, Hans, and how his good nature is exploited by his supposed friend, Big Hugh. Delightfully written and full of charm, this book is perfect for younger readers and those who cannot resist the pull of nostalgia.


Oscar Wilde (1854 – 1900) was an Irish novelist, poet, playwright, and wit. He was an advocate of the Aesthetic movement, which extolled the virtues of art for the sake of art. During his career, Wilde wrote nine plays, including ‘The Importance of Being Earnest,’ ‘Lady Windermere’s Fan,’ and ‘A Woman of No Importance,’ many of which are still performed today. His only novel, ‘The Picture of Dorian Gray’ was adapted for the silver screen, in the film, ‘Dorian Gray,’ starring Ben Barnes and Colin Firth. In addition, Wilde wrote 43 poems, and seven essays. His life was the subject of a film, starring Stephen Fry.