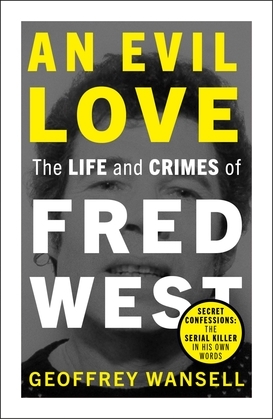 An Evil Love: The Life and Crimes of Fred West

by Geoffrey Wansell (Author)
Buy for $12.99 Excerpt
Nonfiction News and investigations True crime
warning_amber
One or more licenses for this book have been acquired by your organisation details

The reverberations from Fred West's crimes continue to this day. The story never dies.

West was perhaps one of Britain's most evil, feared serial killers. His horrifying compulsion to kidnap, rape and torture his victims before murdering them showed a savagery and cruelty that can barely be believed. His 'House of Horrors' at 25 Cromwell Street, Gloucester, became a burial ground for the women who fell into his hands.

This new publication of Geoffrey Wansell's iconic, bestselling true crime masterpiece comes thirty years after West was arrested, in 1992. Dead by suicide by 1994, he never truly faced justice for the twelve murders he was charged with.

Wansell, chosen as West's official biographer, gained exclusive access to all West's police interviews, prison diaries, papers, solicitor interviews - and his private collection of video tapes, as well as all the interviews given by his wife, Rose West.

Once and for all, he reveals the full story of Fred and Rose West's lives and crimes, in a chilling book that sets the standard for exploring the minds of our most feared serial killers - up close and personal.