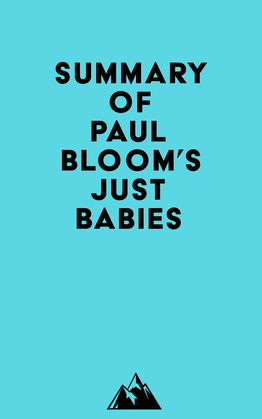 by   Everest Media (Author)
Buy for $2.99 Excerpt
Nonfiction Human science Psychology Developmental Child
warning_amber
One or more licenses for this book have been acquired by your organisation details

#1 Morality is the capacity to judge and condemn others. We are naturally kind to others, at least some of the time. But we possess ugly instincts as well, and these can metastasize into evil.

#2 There are many types of moral violations. The most basic is hitting someone, which is a violation of a moral rule that all humans respond to. Other examples include throwing a brick at someone, sideswiping a car, or killing someone’s dog.

#3 There is a difference between moral wrongs and moral rightness. While some things may be considered morally wrong, they may not necessarily be harmful. Morality also encompasses questions of rightness, as demonstrated by a study of spontaneous helping in toddlers.

#4 Morality is broad and includes both the harsh and the softer elements. It is learned, and it varies between cultures.