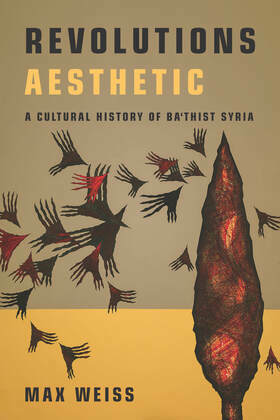 A Cultural History of Ba'thist Syria
by Max Weiss (Author)
Buy for $30.00 Excerpt
Nonfiction History History by country Middle East Literary essays
warning_amber
One or more licenses for this book have been acquired by your organisation details

The November 1970 coup that brought Hafiz al-Asad to power fundamentally transformed cultural production in Syria. A comprehensive intellectual, ideological, and political project—a Ba'thist cultural revolution—sought to align artistic endeavors with the ideological interests of the regime. The ensuing agonistic struggle pitted official aesthetics of power against alternative modes of creative expression that could evade or ignore the effects of the state. With this book, Max Weiss offers the first cultural and intellectual history of Ba'thist Syria, from the coming to power of Hafiz al-Asad, through the transitional period under Bashar al-Asad, and continuing up through the Syria War.

Revolutions Aesthetic reconceptualizes contemporary Syrian politics, authoritarianism, and cultural life. Engaging rich original sources—novels, films, and cultural periodicals—Weiss highlights themes crucial to the making of contemporary Syria: heroism and leadership, gender and power, comedy and ideology, surveillance and the senses, witnessing and temporality, and death and the imagination. Revolutions Aesthetic places front and center the struggle around aesthetic ideology that has been key to the constitution of state, society, and culture in Syria over the course of the past fifty years.