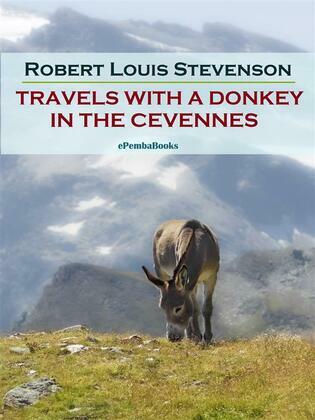 Travels with a Donkey in the Cevennes (Annotated)

Originally published in 1879, “Travels with a Donkey in the Cevennes” is one of Robert Louis Stevenson's earliest published works and is considered a pioneering classic of outdoor literature. The book describes Robert Louis Stevenson’s “pilgrimage”, made alone, with Modestine the donkey he bought to carry his luggage for the twelve-day walk across valleys and mountains in the South of France in 1878.

Stevenson’s notebook involves reflections on the various characters he meets in villages, inns and even a monastery, and he muses on how the religious wars of the past have shaped the communities and individuals he encounters. The journey, as one would expect with Stevenson, is beautifully described – as is the character of Modestine.
Format
EPUB
Protection
DRM Free
Publication date
March 29, 2022
Publisher
ePembaBooks
ISBN
9791221316315
File size
1.2 MB
4516975
item