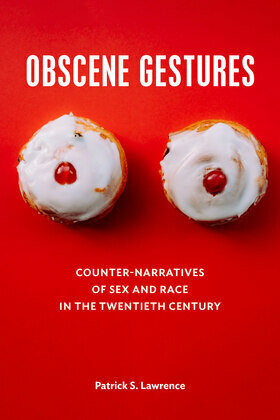 Counter-Narratives of Sex and Race in the Twentieth Century
by Patrick Lawrence (Author)
Buy for $29.99 Excerpt
Nonfiction Literary essays Social science Political science Censorship
warning_amber
One or more licenses for this book have been acquired by your organisation details

Drawing on sources as diverse as Supreme Court decisions, nightclub comedy, congressional records, and cultural theory, Obscene Gestures explores the many contradictory vectors of twentieth-century moralist controversies surrounding literary and artistic works from Henry Miller’s Tropic of Cancer to those of Toni Morrison, Alice Walker, Kathy Acker, Robert Mapplethorpe, 2 Live Crew, Tony Kushner, and others. Patrick S. Lawrence dives into notorious obscenity debates to reconsider the divergent afterlives of artworks that were challenged or banned over their taboo sexual content to reveal how these controversies affected their critical reception and commercial success in ways that were often determined at least in part by racial, gender, or sexual stereotypes and pernicious ethnographic reading practices.

Starting with early postwar touchstone cases and continuing through the civil rights, feminist, and LGBTQ+ movements, Lawrence demonstrates on one level that breaking sexual taboos in literary and cultural works often comes with cultural cachet and increased sales. At the same time, these benefits are distributed unequally, leading to the persistence of exclusive hierarchies and inequalities.

Obscene Gestures takes its bearings from recent studies of the role of obscenity in literary history and canon formation during the late nineteenth and early twentieth centuries, extending their insights into the postwar period when broad legal latitude for obscenity was established but when charges of obscenity still carried immense symbolic and political weight. Moreover, the rise of social justice movements around this time provides necessary context for understanding the application of legal precedents, changes in the publishing industry, and the diversification of the canon of American letters. Obscene Gestures, therefore, advances the study of obscenity to include recent developments in the understanding of race, gender, and sexuality while refining our understanding of late-twentieth-century American literature and political culture.