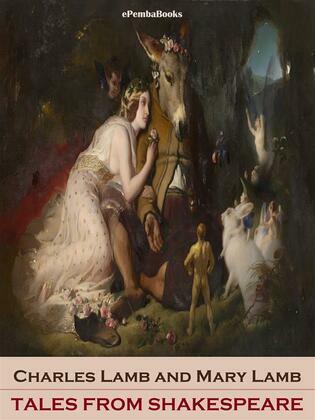 Originally published in 1807, “Tales from Shakespeare” is an English children's book written by the siblings Charles and Mary Lamb.

"Tales from Shakespeare" is generally regarded as the pinnacle of the literary subgenre "Shakespeare for children," that is, adaptations of Shakespeare's plays made especially with young children in mind, promising to entertain them while providing instruction and education in aesthetics and delight.

Charles Lamb took charge of Shakespeare's tragedies while Mary chose to work on the comedies and some of the historical plays. The preface was a joint effort.

The book has remained a classic, delighting generations of children and spurring them on to read the original works of Shakespeare. “Tales from Shakespeare” was at one time, prescribed reading not just for children, but also for young women who were being groomed for marriage as a fundamental part of their literary education.

The book provides a quick but comprehensive description of main themes, storylines, characters and plots in each of Shakespeare's plays, with care taken to keep the spirit of Shakespearean English and usage intact. “Tales from Shakespeare” thus provide the basic storyline of each play. Many of the secondary characters and incidental plot lines so deemed by the authors have been omitted to keep the reader focused. The authors ensure that their own personalities never intrude into the narrative, and through this feat, they manage to keep Shakespeare alive throughout the book.
Format
EPUB
Protection
DRM Free
Publication date
March 18, 2022
Publisher
ePembaBooks
ISBN
9791221311761
File size
1.75 MB
4508410
item