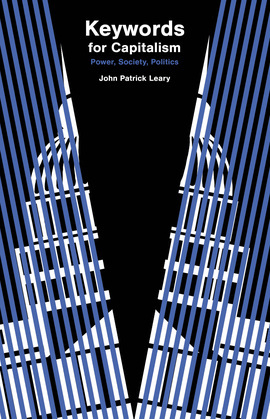 From liberal to the economy the terms used by pundits and politicians to explain our civic structures tend to obscure as much as they reveal about the reality they ostensibly describe. Yet the enduring vocabulary of radical movement-building can be equally opaque when filtered through both the distortions of the status quo and the partisan interests of the activist left. How do we make sense of terms like socialism and intersectional that are so routinely used and abused by such a wide array of commentators from across the political spectrum?

Keywords for Capitalism is a probing and insightful guide designed to equip readers with the tools to do just that. Leary takes a wit-sharpened scalpel to the evasions, neologisms, and half-truths that crowd ‘the discourse’ and reveals the ideology of the mainstream political media that lies just below the surface. In the process he also carefully leads readers through the very real debates about the words that really do mean something, attentively distinguishing the substance worth preserving from the froth that should be dismissed.

This masterful dressing down of corporate media jargon is accompanied by over thirty illustrations that amplify and augment Leary’s searing words.