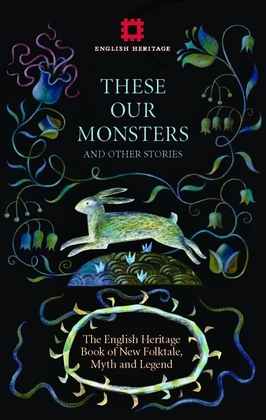 The English Heritage Book of New Folktale, Myth and Legend
by Paul Kingsnorth (Author), Graeme Macrae Burnet (Author), Fiona Mozley (Author), Sarah Hall (Author)
Buy for $12.26 Excerpt
Fiction
warning_amber
One or more licenses for this book have been acquired by your organisation details

New legends for modern times; sprung from our ancient lands, stories and stones.

'The shadow from which I thought I had unshackled myself has returned. Whether this Horror is real or merely the handiwork of my imagination I cannot say. Nor can I say which of these possibilities disturbs me more.' from 'The Dark Thread' by Graeme Macrae Burnet

From the legends of King Arthur embedded in the rocky splendour of Tintagel to the folklore and mysticism of Stonehenge, English Heritage sites are often closely linked to native English myths. Following on from the bestselling ghost story anthology Eight Ghosts, this is a new collection of stories inspired by the legends and tales that swirl through the history of eight ancient historical sites.

Including an essay by James Kidd on the importance of myth to our landscape and our fiction, and an English Heritage survey of sites and associated legends, These Our Monsters is an evocative collection that brings new voices and fresh creative alchemy to our story-telling heritage.

'Nobody believes you when you talk about the whispering. Oh, Monny, you are funny, they say, you've such an imagination. There's a lot they don't believe.' from 'The Hand Under the Stone' by Sarah Hall