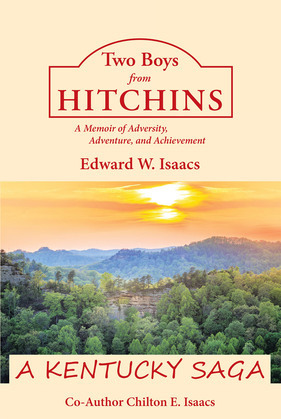 Two Boys from Hitchins: A Historical Fiction captures the life and times of rural Carter County.

Edward and Paul Isaacs, born at the foothills of the Appalachian Mountains in the bustling depot village known as Hitchins, Kentucky, at the close of the Depression period. Times were hard. The hills and hollers were the young boys’ playground. Edward and his brother, Paul, were dreamers, both failing in school. Seeking adventure and success, they left home at an early age, Paul at thirteen, then Edward followed later at the age of fifteen. They set out on adventures reminiscent of Tom Sawyer and Huckleberry Finn. Luck is when opportunity meets preparation and determination. With the right timing seizing an opportunity, they found success in an unlikely city when they became associated with a giant corporation and incredibly influential people—a far cry from their birthplace, achieving success beyond their wildest dreams, only to be torn apart by a scheming, malevolent outsider.