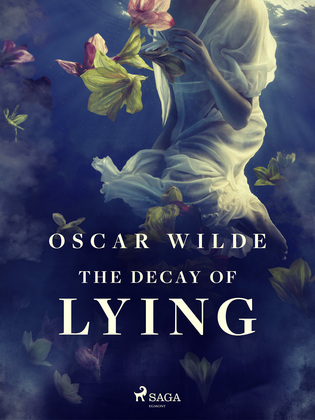 The Decay of Lying

by Oscar Wilde (Author)
Buy for $2.99 Excerpt
Nonfiction Arts Painting Biography & autobiography
warning_amber
One or more licenses for this book have been acquired by your organisation details

Could it be that people who never lie are devoid of creativity? If that’s true, then all creative art must be founded in lies. ‘The Decay of Lying’ is a beguiling essay on the nature of art, in all its forms.

Set in the library of a country house in Nottinghamshire, and written as a dialogue between Cyril and Vivian, ‘The Decay of Lying’ sets out to prove just how creative we can all be, as long as we defy societal conventions.

Referencing everyone from the Ancient Greeks to Shakespeare, this is Wilde at his most thoughtful and mischievous. For anyone interested in art or witty debate.

Oscar Wilde (1854 – 1900) was an Irish novelist, poet, playwright, and wit. He was an advocate of the Aesthetic movement, which extolled the virtues of art for the sake of art. During his career, Wilde wrote nine plays, including ‘The Importance of Being Earnest,’ ‘Lady Windermere’s Fan,’ and ‘A Woman of No Importance,’ many of which are still performed today. His only novel, ‘The Picture of Dorian Gray’ was adapted for the silver screen, in the film, ‘Dorian Gray,’ starring Ben Barnes and Colin Firth. In addition, Wilde wrote forty-three poems, and seven essays. His life was the subject of a film, starring Stephen Fry.