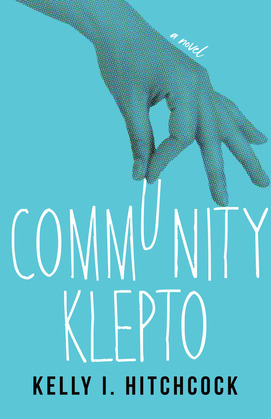 A Novel
de Kelly I. Hitchcock (Autor)
Comprar por 9,95 $ Extracto
Ficción Humor Novela Chick lit
warning_amber
One or more licenses for this book have been acquired by your organisation details

Ann Josephson is a twenty-five-year-old sociopath whose compulsive kleptomania manifests itself in the most unlikely of places: the community center where she works out every day. The walls of the community center insulate her from the terrors of the outside world, which include her freelance work as a graphic artist; her socialite parents, who pay the better part of her living expenses; her therapist, who devotedly punches the clock; and the dark void of romantic relationships.

As Ann battles the inner demons that plague her millennial psyche, she must also battle the fiends that plague her at the gym: the loudly grunting beefcake who can’t be bothered to drop his weights at a reasonable volume, the naked old lady in the locker room using a towel as butt floss, the housewife in yoga pants that obviate the need for yoga wheeling her double stroller up and down the indoor track. Set in suburban Kansas City in the early 2010s, Community Klepto—a droll combination of Bridget Jones’ Diary and Choke—makes incarnate the characters and shenanigans that go on in every gym in the world.