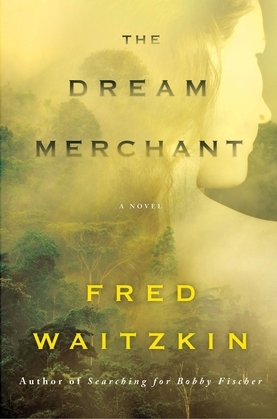 A powerful, exquisitely written tale about a charismatic yet morally ambiguous salesman

Jim can sell anything to anyone. Born into abject poverty, he uses street smarts, irresistible charms, and increasingly sophisticated schemes to pull himself up from door-to-door salesman to international mogul, the father of the pyramid scheme.

Jim becomes fabulously wealthy, owning estates and dining with royalty, but along the way he leaves an army of disillusioned customers broke and ruined in his wake. To escape his past, as well as government investigators, he leaves the country to become the leader of a lawless and predatory gold-mining operation in the Brazilian Amazon---an entirely lush, violent, dissolute life.

Worn down by age, and a lifetime of shady enterprise, his world suddenly changes when he meets Mara, a beautiful, young Israeli woman with dark ambitions of her own. In the process of their unlikely life together, Mara finds herself attracted to this ruined old man, as if his profligate history of glory and big money, and finally his weakness and proximity to death, creates an urgency and eroticism for her.
Narrated by an anonymous writer who is equally mesmerized and repulsed by Jim, Fred Waitzkin's The Dream Merchant is an unwavering look at the price of heedless ambition, the indissoluble bonds of male friendship, and the unsettling nature of love and sexuality.