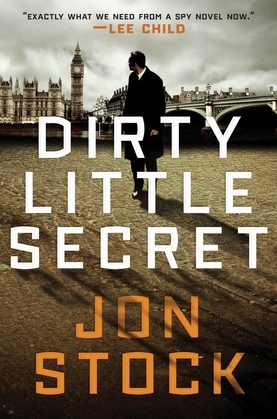 The "special relationship" between London and Washington is in tatters. Salim Dhar, the world's most wanted terrorist, has disappeared after an audacious attack on an American target in the United Kingdom. The CIA believes Daniel Marchant, renegade MI6 officer, was involved. But Marchant has a bigger secret: Dhar has agreed to work for MI6, promising to protect Britain from future terrorist atrocities. He has also asked for something in return: Marchant must help him with a final strike against America. Will the UK sign up to this Faustian pact or hunt them both down?
In Dirty Little Secret, a high-octane finale to a trilogy that will appeal to fans of Alex Berenson and Olen Steinhauer, Marchant wrestles with his conscience and the question: Does loyalty to one's country come above all else, whatever the price?

"Twisty and relentless. Stock has brought the literary spy novel into the twenty-first century." ?Portsmouth Herald