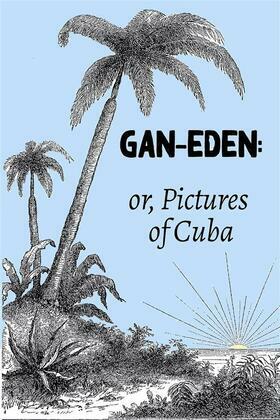 Gan-Eden: or, Pictures of Cuba

by William Henry Hurlbert (Author)
Buy for €4.49 Excerpt
Nonfiction History History by country Caribbean & West Indies 1799-before 1945 Travel North America Caribbean  Cuba
warning_amber
One or more licenses for this book have been acquired by your organisation details

William Henry Hurlbert (1827-1895) was an American journalist and possible author of “The Diary of a Public man,” published in the North American Review in 1879. Although a Southerner by birth and first trained as a Unitarian minister, he worked thirty years writing for or editing newspapers, including as editorial writer for The New York Times, and later at the New York World. Later in life he also wrote about his travels in Europe. The book, “Gan-Eden: or, Pictures of Cuba,” attributed to him, is said to recount travels during his youth in Cuba. In the preface, the author says: “The title “Pictures of Cuba,” indicates my intention in composing this volume. I have not attempted to write a history, or a gazette of Cuba. I have only sought to reproduce the sights and thoughts which passed before the eyes, and through the mind of one whose interest in Cuba is by no means recent, and what tried to see and to think for himself. Many mistakes of detail, I must have made. I have done my best to avoid them, but my chief wish has been, to preserve the aroma of those general impressions, which are the best things that an unscientific traveller has to offer to an exacting public.”