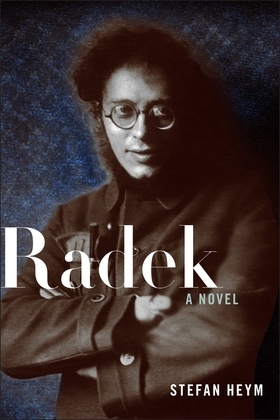 A Novel
by Stefan Heym (Author)
Buy for $15.00 Excerpt
Nonfiction Social science Political science Political ideologies Communism & socialism Fiction Biographical
warning_amber
One or more licenses for this book have been acquired by your organisation details

Through this dramatic history by Stefan Heym, we become intimate with the story of the maverick and internationalist Karl Radek, known as the editor of the newspaper of record throughout the Soviet era, Isvestia. Beginning as Lenin's companion at the dawning of the October Revolution, Radek later became Stalin’s favorite intellectual – only to find himself entangled in the great purges of the late 1930s and scripting his own trial. In this, his last historical novel, Heym reveals Radek as a brilliant Bolshevik journalist and politician who found himself at every turn of the wheel of fate.

A central figure of the communist world, Radek was such a controversial and perennially ambiguous personality that even his historical biography seems a work of fiction. With his thick glasses and most non-Aryan appearance, marked by what some might have seen as distinctively Jewish argumentative skills and humor, Radek’s enormous talent as a writer, political acumen, and continuous curiosity carried him through event after event. In the struggles of the revolutionary movement Radek changed sides several times and came into conflict with Stalin, was exiled to Siberia, capitulated and resumed his editorial duties at Isvestia – only to get caught up in the purge trials and sentenced to prison, where he died.

As Heym sculpts credible conversations with Lenin, Luxemburg, Liebknecht, Trotsky, Stalin, and many others (all seen from Radek’s perspective) we come to know Radek as a man haunted by the fear that the insurgency will cease to move forward, living his life as a frenzied chase in pursuit of the continuation of the revolution, until the very end. Originally published in Munich in 1995, this first-ever English translation of Radek fashions the inner voice of a unique figure in the global revolutionary wave of the first half of the twentieth century.