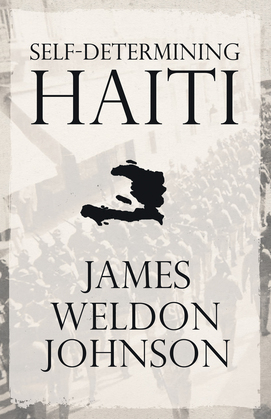 by James Weldon Johnson (Author)
Buy for $3.99 Excerpt
Nonfiction History History by country Caribbean & West Indies Other Essays
warning_amber
One or more licenses for this book have been acquired by your organisation details

James Weldon Johnson (1871–1938) was an American civil rights activist and writer who led the National Association for the Advancement of Colored People (NAACP). He was the first African American chosen to be the executive secretary of the organization, a position he held between 1920 and 1930. A skilled writer, Johnson made a name for himself during the Harlem Renaissance for his writing and writing "Lift Every Voice and Sing"—also known as the Negro National Anthem. First published in 1920, this volume contains four articles originally published in “The Nation under the auspices of the Advancement of Colored People”. Contents include: "Self-Determining Haiti", "The American Occupation", "What the United States has Accomplished", "Government of, by, and for the National City Bank", "The Haitian People", "Documents the Proposed Convention with Haiti", "The Haitian Counter-Project", "The Haitian-United States Convention", "The New Constitution of Haiti", etc. Other notable works by this author include "Fifty Years and Other Poems" (1917), "God's Trombones: Seven Negro Sermons in Verse" (1927), "Saint Peter Relates an Incident: Selected Poems" (1935). Read & Co. History is proudly republishing these classic articles now complete with the introductory essay "James Weldon Johnson" by Robert Thomas Kerlin.