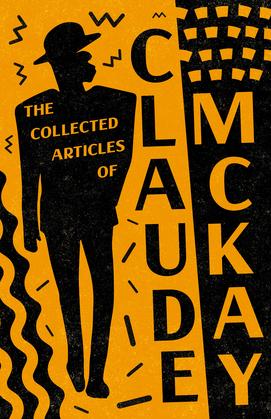 The Collected Articles of Claude McKay

Festus Claudius "Claude" McKay OJ (1890–1948) was a Jamaican-born American poet and writer famous for his central role in the Harlem Renaissance. After travelling to America to attend college, he came across W. E. B. Du Bois's "The Souls of Black Folk", which inspired in him an interest in politics. In 1914 he moved to New York City and five years later wrote his most famous work, "If We Must Die", a sonnet dealing with the spate of white-on-black race riots and lynchings that succeeded the First World War. McKay's political and literary endeavours eventually took him to Russia, where he collaborated on "The Negroes of America" (1923) and "Trial by Lynching" (1925), which explored American black-white racism from a Marxist class-conflict perspective. After coming to terms with the Authoritarianism of the Soviet Union, McKay left for Western Europe in 1923. This book contains a fantastic collection of McKay's most influential articles on race and politics, not to be missed by those with an interest in American history and global politics during the twentieth century. Contents include: "Claude Mckay by Robert Thomas Kerlin", "Socialism and the Negro”, "The Capitalist Way: Lettow-Vorbeck", "A Black Man Replies", "Review of First Principles of Working Class Education", "Communists and the Local Councils of Action", "The Revolution in Currency", "The Yellow Peril and the Dockers", "How Black Sees Green and Red", etc. Other notable works by this author include: "Gingertown" (1932), "A Long Way from Home" (1937) and "My Green Hills of Jamaica" (1979). Read & Co. Books are proudly publishing this brand new collection of classic articles, now complete with an introductory biography from Robert Thomas Kerlin's "Negro Poets and their Poems" (1923).