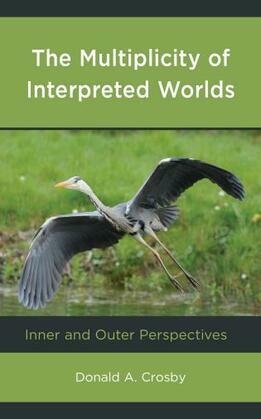 The Multiplicity of Interpreted Worlds

by Donald A. Crosby (Author)
Buy for $45.00 Excerpt
Nonfiction Human science Philosophy Metaphysics Psychology Cognitive psychology Religion Religion and society
warning_amber
One or more licenses for this book have been acquired by your organisation details

In The Multiplicity of Interpreted Worlds: Inner and Outer Perspectives, Donald A. Crosby examines whether there is such a thing as an uninterpreted, unitary, in-itself world or if all claims about the world—whether scientific historical, cultural, communal, or individual—are necessarily partial and limited. If the latter is so, then ultimately many different worlds call for recognition, ranging in scope and reliability, but none of them—including those of the most allegedly "hard" science—either are or can be free of the limitations, disagreements, and fallibilities among even the most qualified experts in a particular field of investigation. The inward and the outward, the subjective and the objective, are thus crucially dependent on one another, and neither is finally intelligible as such apart from the other. Crosby argues that there is no such thing as a completely objective view of the world. This observation is pertinent to our treatment of other natural beings and their ecological domains because it makes us aware that they too have different relations to and perspectives on their environments or worlds in a manner similar to our own irreducibly different outlooks on such worlds from within.