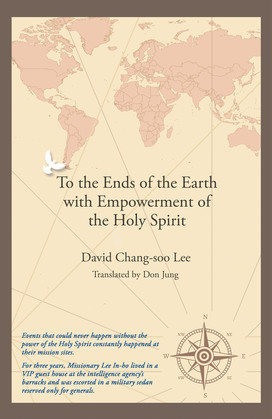 by David Chang-Soo Lee (Author), Don Jung (Translator)
Buy for $3.99 Excerpt
Nonfiction Religion Christianity
warning_amber
One or more licenses for this book have been acquired by your organisation details

Pastor David Kwang-shin Kim has shown us that a single man bound by his faith can be mightier and more influential than a million individuals whose interests are only their own.

Missionary Kim followed, “If you came to give an offering, then give it.”

If the People’s Security came to detain Lee while he was leading worship and holding rallies, the two drivers from the intelligence agency always vouched for him.