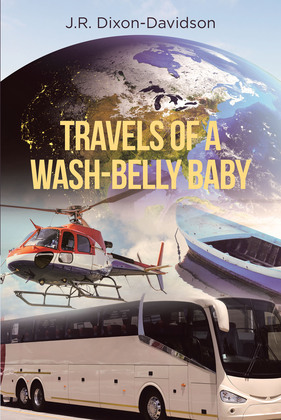 Travels of a Wash-Belly Baby

by Dixon-Davidson,J.R. (Author)
Buy for $9.99 Excerpt
Nonfiction Biography & autobiography Adventurers & explorers
warning_amber
One or more licenses for this book have been acquired by your organisation details

In the years 1920 to 1945, most children were born at home, and family members helped. Women had children in their forties and some even in their fifties without any big problems. When there are several older children and someone, either the midwife or an older family member, prognosticates that this is the wash-belly baby, it means that this baby is the last one, and it usually is. JR got the designation.

Travels of a Wash-Belly Baby are unpredictable, adventurous, and exciting. Join JR as she discovers a German hiding in the jungle in El Volcan in 1959 since the end of World War II in 1945; take a trip in a canoe with a Ngobe Indian armed with a knife and his knowledge of the Caribbean Sea; stand with her on a sandbar in the middle of the Caribbean Sea, which is the beginning of another island among the 365 islands that comprise the Archipielago de San Blas where the Guna Indians live; enjoy Peg Leg Bates dancing on his wooden leg in Kerhonkson, New York; fly with her in the helicopter to the peak of Mendenhall Glacier in Alaska; join her in a traditional tea ceremony in Shanghai, China; and in many more fascinating places with captivating people and exuberant environments.

The historical hopscotch is the precious missing link that truthfully clarifies and weaves the strands of heritage into the cultural quilt that joins us all as it reveals itself through travel. Join JR next in Travels of a Wash-Belly-Baby 2 as she studies and gallivants through Europe from 1965 to 1966.