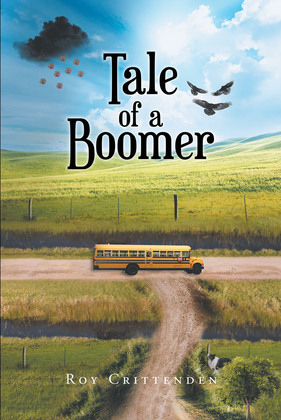 TALE OF A BOOMER

by Crittenden,Roy (Author)
Buy for $9.99 Excerpt
Nonfiction Biography & autobiography
warning_amber
One or more licenses for this book have been acquired by your organisation details

A Boomer or Baby Boomer is a popular term used to describe the generation born at the end of WW11 between the years 1946 and 1964 when massive military troops returned home from war and as a result there was a Boom in the birth of babies. Boomers make up over twenty percent of the United States population.

The topic for this short story came about as a reflection of my childhood years on a remote farm in Central Washington. Contemplation of my youthful experiences brought forth a tidal wave of memories, which were both profound and noteworthy. The emotions that sprang back to life seemed to justify a story be developed, written, and shared.

This retrospection caused me to internalize those things which were important to me in later years. As the layers of my memory peeled back, the era and topic of the book became clear. It was a warm, loving, and pivotal time in my youth--one in which I transitioned from a reckless city lifestyle to one that was characterized by strict discipline and military-style regimentation on the farm. The story is a period of my past that I reflect upon to this day and feel good about. I was inspired and motivated by Grandparents and a supportive uncle, both that had my best interest and warmth of heart in mind. The familial research for the story reached back to what was then called the Old Country, Russia, Ellis Island, the Dakotas, Montana, Oklahoma, Washington, and Oregon. Little did I know that my research would also delve into geography, immigration, migration, pandemics, epidemics, watersheds, the nuclear arms race, pollution, politics, and human bonding. I spent a good deal of time on this manuscript and came to the stark realization that it's not the length of the story but the depth of introspection and the story that is born. For me, there was an inverse relationship between the two. Writing this story was a surprise and an emotional roller-coaster ride for me. The writing process was a paradox, which was both painful and loving. As you read the pages of the book, look deep into your own past with your mind wide open and allow your memories to flow forward. My hope is that the reader is able to relive the innocence of their youth initiated by the thoughts on the following pages. Let the gray matter awaken and the journey begins.