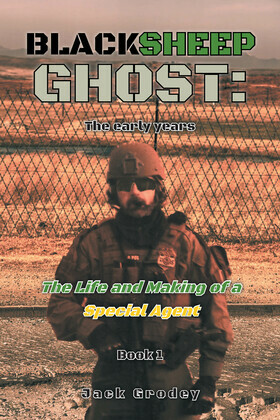 by Grodey,Jack (Author)
Buy for $9.99 Excerpt
Nonfiction Biography & autobiography Personal memoirs
warning_amber
One or more licenses for this book have been acquired by your organisation details

Born into a military family, Jack finds himself living his early years in the Panama Canal Zone with his father, a US Army Aviator supporting Special Forces missions throughout Central America, and his mother, who chooses to leave the family, placing the sole responsibility on Jack's father to raise Jack and his handicapped older sister. The first seven years of Jack's life are full of adrenaline-filled excitement and adventure as he and his older sister chase monkeys in the banana trees and sail the Pacific Ocean with their father. Jack's life is full and enriched with unique and fulfilling experiences until, one day, at the age of ten, life takes a drastic detour. Bouncing from family to family, Jack walks a path that could have easily led him to a life of crime and deviance. However, deep in the recesses of Jack's soul, he knew he wanted more out of life. Weathering the storm of rejection and instability, Jack blazes a path forward and achieves the one goal that sparks a lifetime of distinguished service to his community and this country.