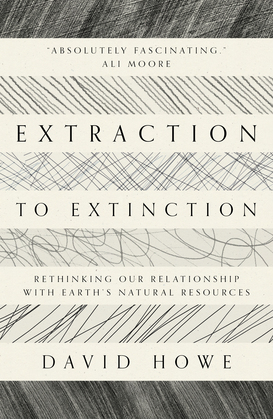 Tracing our environmental impact through time, David Howe demonstrates how humanity’s exploitation of Earth’s natural resources has pushed our planet to its limit and asks: What’s next for our depleted planet?

Everything we use started life in the earth, as a rock or a mineral vein, a layer of an ancient seabed, or perhaps the remains of a 400-million-year-old volcano. Humanity's ability to fashion nature to its own ends is by no means a new phenomenon—we have been inventing new ways to help ourselves to its bounty for tens of thousands of years. But today, we mine, quarry, pump, cut, blast, and crush Earth's resources at an unprecedented rate. We have become a dominant, even dangerous, force on the planet.

In Extraction to Extinction, David Howe traces our impact through time to unearth how our obsession with endlessly producing and throwing away more and more stuff could destroy our planet. But is there still time to turn it around?