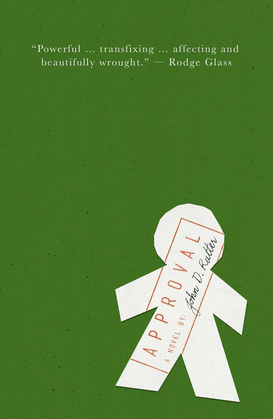 by John D. Rutter (Author)
Buy for $16.95 Excerpt
Fiction Literary English literature British literature
warning_amber
One or more licenses for this book have been acquired by your organisation details

Approval is a powerful meditation on judgment, the adoption process, and fatherhood, told from a perspective rarely explored in fiction: a man’s response to a couple’s infertility.

Approval follows would-be parents David and Cici through a series of forays into the past as they go through the motions of applying to adopt a child. Their story builds a picture of hope, vulnerability and fear as David is put under intense and intrusive scrutiny during their battle against faceless bureaucracy. From family background and early experiences to adult relationships, he is forced to revisit uncomfortable – sometimes painful – episodes, in the hope of meeting the authority’s requirements.

Confronting a lonely, difficult and uncertain path to family life, and raising questions about how much intervention and judgement is necessary for the state to ascertain fitness to parent, Approval ultimately invites the reader to decide.