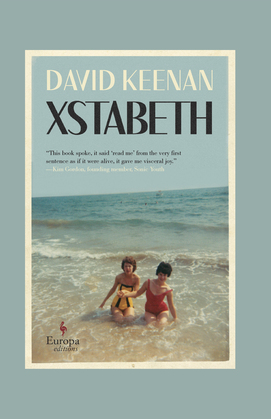 by David Keenan (Author)
Buy for $14.99 Excerpt
Fiction Literary English literature British literature
warning_amber
One or more licenses for this book have been acquired by your organisation details

A transcendent love letter to literature and music, Xstabeth is an exciting new work from a writer who, book-by-book, is rewriting the rules of contemporary fiction.

Aneliya’s father dreams of becoming a great musician but his naivete and his unfashionable music suggest he will never be taken seriously. Her father’s best friend, on the other hand, has a penchant for vodka, strip clubs, and moral philosophy. Aneliya is torn between love of the former and passion for the latter.

When an angelic presence named Xstabeth enters their lives Aneliya and her father’s world is transformed.

A short, stylish novel with a big heart, humor, Xstabeth moves from Russia to Scotland, touching upon the pathos of Russian literature and the Russian soul, the power of art and music to shape reality, and the metaphysics of golf while telling a moving father-daughter story in highly-charged, torrential prose.