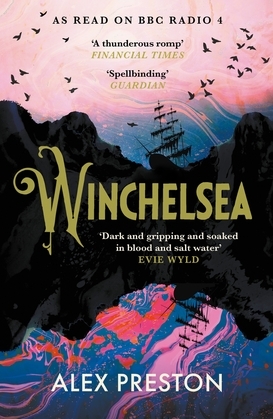 by Alex Preston (Author)
Buy for $19.13 Excerpt
Fiction Historical Modern (<1799) English literature British literature
warning_amber
One or more licenses for this book have been acquired by your organisation details

AS READ ON BBC RADIO 4

The year is 1742. Goody Brown, saved from drowning and adopted when just a babe, has grown up happily in the smuggling town of Winchelsea. Then, when Goody turns sixteen, her father is murdered in the night by men he thought were friends.

To find justice in a lawless land, Goody must enter the cut-throat world of her father’s killers. With her beloved brother Francis, she joins a rival gang of smugglers. Facing high seas and desperate villains, she also discovers something else: an existence without constraints or expectations, a taste for danger that makes her blood run fast.

Goody was never born to be a gentlewoman. But what will she become instead?

Winchelsea is an electrifying story of vengeance and transformation; a rare, lyrical and transporting work of historical imagination that makes the past so real we can touch it.