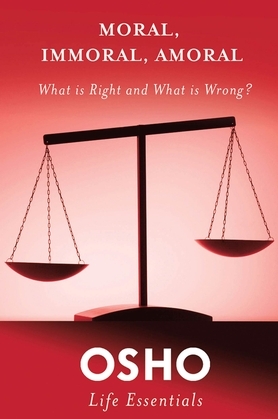 One of the twentieth century?s greatest spiritual teachers reveals how to find true north on your moral compass even while living in a divisive world.

?I don?t say cultivate morality; I say become more conscious, and you will be moral. But that morality will have a totally different flavor to it. It will be spontaneous; it will not be ready-made.??Osho

In a global world, we are in search of universal values?values based on a contemporary understanding that unifies us as human beings beyond the divisions of religions, nations, and race.

In Moral, Immoral, Amoral: What Is Right and What Is Wrong?, Osho speaks directly to this contemporary search as he introduces us to a quest for values that make sense in the world we live in?a quest that goes far beyond moral codes of behavior and comes from an inner connectivity and oneness with existence.