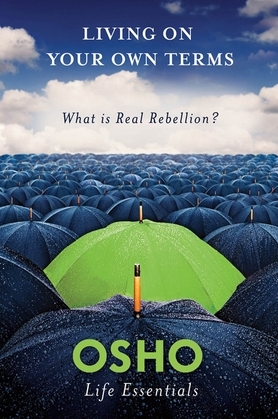 In Living on Your Own Terms: What Is Real Rebellion?, one of the twentieth century?s greatest spiritual teachers reveals how you can resist the rules and regulations that oppose your values while retaining your own individuality.

?People can be happy only in one way, and that is if they are authentically themselves. Then the springs of happiness start flowing; they become more alive, they become a joy to see, a joy to be with; they are a song, they are a dance.??Osho

Decades after the rebellions of the 1960s, new generations are again challenging and rebelling against outdated structures and values, focusing on political and economic systems and their failings. But this generation has the opportunity and responsibility to move the development of human freedom to the next level. Osho?s philosophies will support these future generations in expanding their understanding of freedom and pushing toward new systems for humanity.