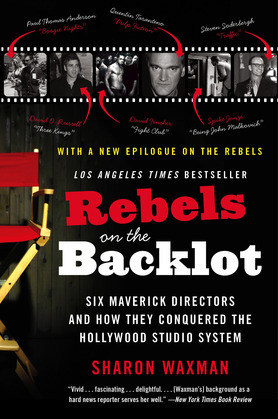 Rebels on the Backlot

The 1990s saw a shock wave of dynamic new directing talent that took the Hollywood studio system by storm. At the forefront of that movement were six innovative and daring directors whose films pushed the boundaries of moviemaking and announced to the world that something exciting was happening in Hollywood. Sharon Waxman, editor and chief of The Wrap.com and for Hollywood reporter for the New York Times spent the decade covering these young filmmakers, and in Rebels on the Backlot she weaves together the lives and careers of Quentin Tarantino, Pulp Fiction; Steven Soderbergh, Traffic; David Fincher, Fight Club; Paul Thomas Anderson, Boogie Nights; David O. Russell, Three Kings; and Spike Jonze, Being John Malkovich.