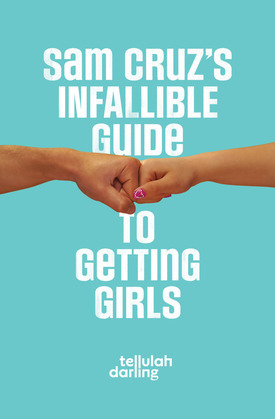 Why the hell can't chicks be more like guys?

That question plagues high school senior Sam Cruz. Sam is perfectly happy being a player. He just wishes girls wouldn't change the game from sex to relationships. It makes him look like an asshole. But when Sam's best friend, Ally Klinger, gets dumped, she begs him to transform her into someone who can screw around then screw off. No risk of heartbreak that way. It's Sam's chance to create the perfect female AND cheer up his best friend. Armed with Sam's Three Step Guide to Backseat Success, Ally gets the game better than Sam thought she would and before long, Sam has his wish: the female version of himself. Too bad it's driving him nuts. Told from Sam's and Ally's alternating POVs, Sam Cruz's Infallible Guide to Getting Girls is a fast-paced romantic comedy that follows these teens as they navigate the minefield of sex, love, and friendship. This book contains strong language, drinking, euphemisms, and lots of "bow chicka wow wow."