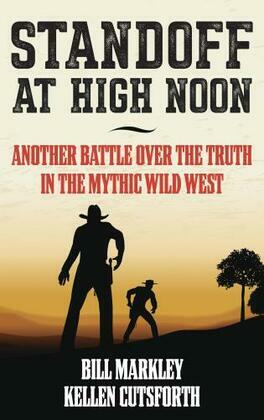 In Standoff at High Noon, the sequel to Old West Showdown, coauthors Kellen Cutsforth and Bill Markley again investigate ten well-known, controversial stories from the Old West. Through their opposing viewpoints, learn more about notorious figures and infamous events, including the controversial death of Davy Crockett at the Alamo; the life and death of Sacagawea who assisted Lewis and Clark on their Corps of Discovery Expedition; the tragic fate of the Donner Party snowbound in the Sierra Nevada; the assassination of Wild Bill Hickok; Arizona’s Lost Dutchman Mine; and the controversy over Butch Cassidy’s death in South America. No matter whose side you are on, there’s always something new to discover about the mythic Old West.