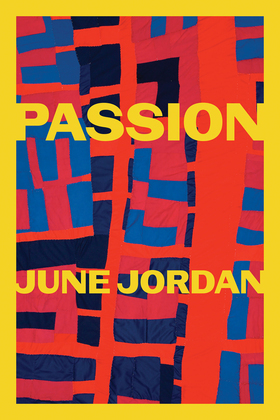 by June Jordan (Author)
Buy for $12.99 Excerpt
Fiction Poetry
warning_amber
One or more licenses for this book have been acquired by your organisation details

After decades out of print, Passion—one of June Jordan’s most important collections—has returned to readers. Originally entitled, passion: new poems, 1977-1980, this volume holds key works including “Poem About My Rights,” “Poem About Police Violence,” “Free Flight,” and an essay by the poet, “For the Sake of the People’s Poetry: Walt Whitman and the Rest of Us.” June Jordan was a fierce advocate for the safety and humanity of women and Black people, and for the freedom of all people—and Barack Obama made a line from this book famous: “We are the ones we have been waiting for.” With love and humor, via lyrics and rants, she calls for nothing less than radical compassion. This new edition includes a foreword by Nicole Sealey.