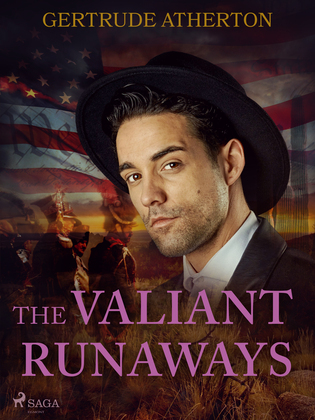 by Gertrude Atherton (Author)
Buy for $10.99 Excerpt
Fiction Juvenile & young adult Classics Tales Fairy tales & folklore
warning_amber
One or more licenses for this book have been acquired by your organisation details

Set in California, rebellious young Roldan Castanada is resignedly awaiting his call up to the army. A brave man, it isn’t fear which makes him angry about the situation but rather the beckoning grey drudgery of an enforced army life. Deciding to take matters into his own hands, Roldan runs away and persuades his friend Adan to join him. Out in the wilds of California the two men encounter all kinds of dangers as they attempt to flee. A fascinating, beautifully descriptive tale from the famous author Gertrude Atherton.

Gertrude Atherton (1857-1948) was an American novelist, short story writer and early feminist. Born in California, Gertrude attended schools in California and Kentucky and became widely read. She married George H.B. Atherton in 1876, and lived with him and his mother in San Francisco, where they had two children. Atherton struggled with married life, her husband did not support her writing ambitions and Gertrude found life as a wife and mother stifling. When her husband died at sea in 1887, Atherton felt free to pursue her burgeoning career as an author and went on to publish over 50 novels. She is best known for her California series of novels which explored the social history of California and included popular works such as ‘The Californians’ and the controversial ‘Black Oxen’ which was adapted into a silent movie in 1923. Feminist themes and strong female characters are common in her novels. She died in San Francisco in 1948.