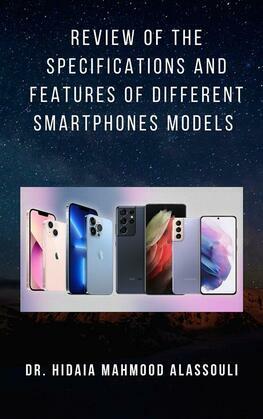 Review of the Specifications and Features of Different Smartphones Models

A smartphone is a portable device that combines mobile telephone and computing functions into one unit. It is a cellular telephone with an integrated computer and other features not originally associated with telephones such as an operating system, web browsing, multimedia functionality, the ability to run software applications, along with core phone functions such as voice calls and text messaging.

Smartphones typically contain a number of metal–oxide–semiconductor (MOS) integrated circuit (IC) chips, include various sensors that can be leveraged by pre-included and third-party software (such as a magnetometer, proximity sensors, barometer, gyroscope, accelerometer and more), and support wireless communications protocols (such as Bluetooth, Wi-Fi, or satellite navigation).

The best phones offer you everything you want from a mobile device. They deliver great cameras, the performance you need to multitask and enough battery life.

Choosing a smartphone for yourself not easy task. Factors that affect your choices of Smart phone are: price range, features, the operating system you prefer, the important specs for you.

To help you to pick the best smartphone for you, I provide here briefer review for the specifications of different types of smartphones along with some helpful customer reviews in order to see ow the customers evaluate the product.

This report consists of the following sections:

3. The differences between NFC and Bluetooth.

4. The differences Android and  iOS.

5. How to choose a smartphone by brand, carrier, or features.

6. How to keep your phone from overheating.

7. Security issues according to Check Point.