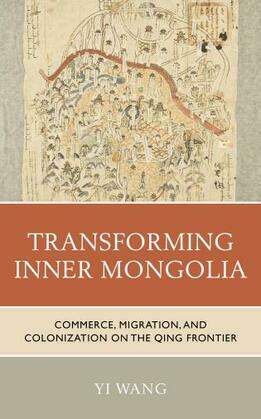 by Yi Wang (Author)
Buy for $99.50 Excerpt
Nonfiction History History by country Asia China 1799-before 1945 Central Asia
warning_amber
One or more licenses for this book have been acquired by your organisation details

This groundbreaking book analyzes the dramatic impact of Han Chinese migration into Inner Mongolia during the Qing era. In the first detailed history in English, Yi Wang explores how processes of commercial expansion, land reclamation, and Catholic proselytism transformed the Mongol frontier long before it was officially colonized and incorporated into the Chinese state. Wang reconstructs the socioeconomic, cultural, and administrative history of Inner Mongolia at a time of unprecedented Chinese expansion into its peripheries and China’s integration into the global frameworks of capitalism and the nation-state. Introducing a peripheral and transregional dimension that links the local and regional processes to global ones, Wang places equal emphasis on broad macro-historical analysis and fine-grained micro-studies of particular regions and agents. She argues that border regions such as Inner Mongolia played a central role in China’s transformation from a multiethnic empire to a modern nation-state, serving as fertile ground for economic and administrative experimentation. Drawing on a wide range of Chinese, Japanese, Mongolian, and European sources, Wang integrates the two major trends in current Chinese historiography—new Qing frontier history and migration history—in an important contribution to the history of Inner Asia, border studies, and migrations.