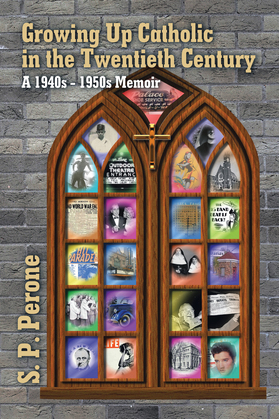 Growing up Catholic in the Twentieth Century

by S. P. Perone (Author)
Buy for $3.99 Excerpt
Nonfiction Biography & autobiography Historical Religious
warning_amber
One or more licenses for this book have been acquired by your organisation details

Parochial school in the 1940s and ’50s. Strict discipline and rigid rules. Everything was verboten—from eating meat on Friday to patent leather shoes. The catechism told us we were sinners; Bible stories told us we would be punished. Teen-agers would struggle with “sinful” emotions and humiliating confessions. Finding ways to circumvent the rules—without the guilt and fear—became this teen-ager’s obsession.

It was mid-century America, when one didn’t question authority; when millions proudly joined the army to fight World War II; when those at home gladly sacrificed; and when everything seemed black and white.

Coming of age during those times, headed for that ultimate jarring collision with reality, was a humorous-in-retrospect adventure that needed to be told—a nostalgic romp for those who were there and a poignant revelation for those who were not.