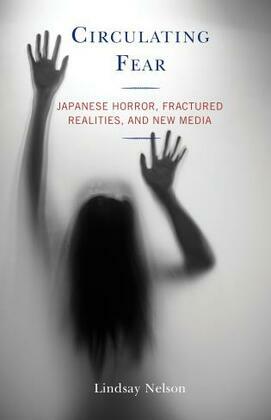 Circulating Fear: Japanese Horror, Fractured Realities, and New Media explores the changing role of screens, new media objects, and social media in Japanese horror films from the 2010s to present day. Lindsay Nelson places these films and their paratexts in the context of changes in the new media landscape that have occurred since J-horror's peak in the early 2000s; in particular, the rise of social media and the ease of user remediation through platforms like YouTube and Niconico. This book demonstrates how Japanese horror film narratives have shifted their focus from old media—video cassettes, TV, and cell phones—to new media—social media, online video sharing, and smart phones. In these films, media devices and new media objects exist both inside and outside the frame: they are central to the films’ narratives, but they are also the means through which the films are consumed and disseminated. Across a multitude of screens, platforms, devices, and perspectives, Nelson argues, contemporary Japanese horror films are circulated as an ever-shifting series of images and fragments, creating a sense of “fractured reality” in the films’ narratives and the media landscape that surrounds them. Scholars of film studies, horror studies, media studies, and Japanese studies will find this book particularly useful.