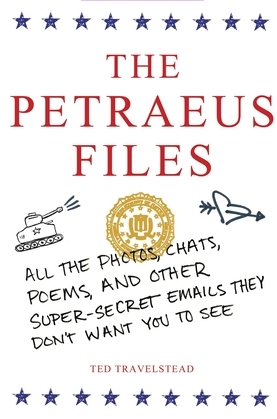 WARNING: The satire you are about to read will change the way you look at our nation's leaders. FOREVER.

In November 2012, General David Petraeus stepped down from his post as director of the CIA when it was exposed that he'd had an affair with his biographer, Paula Broadwell. The political scandal that unfolded would eventually include four-star generals, socialites, FBI agents, the Army, a stuffed Sasquatch, and the entire cast of TLC's Sister Wives.

Hundreds, thousands?maybe millions?of e-mails were exchanged between these parties. Their computers have been seized by the government, and those e-mails would likely never see the light of day. . . .

However, access to these confidential documents has been obtained by a most unlikely source: comedian Ted Travelstead. Through a perfect storm of dumb luck, desperation, and a favor from a friend with a working computer, Travelstead managed to secure these e-mails. He has pored over reams of pages to give you an inside look at The Petraeus Files.

Prepare to be amazed by:

*The coded phrases Gen. Petraeus and his mistress Paula Broadwell used to keep their rendezvous private, and the numerous nicknames they had for each other ("Peaches: I want your plums in my juicer.")

With exclusive e-mails, chats, photographs, and illustrations, this is a book that will change the way you look at the military, our nation's leaders, and the phrase "rear admiral."