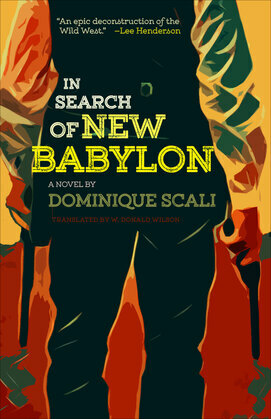 In Search of New Babylon

by Dominique Scali (Author), W. Donald Wilson (Translator)
Buy for $16.96 Excerpt
Fiction Westerns
warning_amber
One or more licenses for this book have been acquired by your organisation details
In this atmospheric, post–Cormac McCarthy western novel, four disparate characters criss-cross the desert in pursuit of an impossible ideal. Along the way, these wily characters captivate and intrigue as they seek the American dream in a lawless town in the 1860s.

Reverend Aaron is found lying unconscious on the dusty trail to a family farm somewhere in southern Utah. His hands have been severed at the wrists. On the body are only a few Bibles and sermons. Is he a preacher or a thief?

It’s impossible to say who this stranger might be without understanding those who have brought him to this desert town: Charles Teasdale, a saloon pugilist who hangs himself despite having escaped the noose nine times; Pearl Guthrie, a young saloon girl who marries the same man thirty times over; Russian Bill, an aristocrat turned rustler after killing a hundred innocent men; and an assortment of mercenaries who live on the fringe of mining towns in the American Southwest, where anything and everything is available, except what you are looking for.

All the main characters in this novel are invented, except one. All the towns are real, except for New Babylon. But if such a place were to be imagined, it would be a Wild West town where gunfights are fair play
and the law bans only the lawman. It is a perilous place, where the beauty of the desert landscape takes your breath away with the same power as an open blade and a gash to the throat.
Protection
DRM Protected
Format
EPUB
Publication date
September 13, 2021
Publisher
Talonbooks
ISBN
9781772011241
File size
1 MB