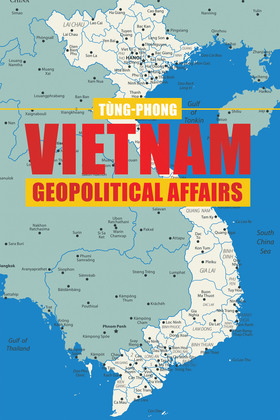 by Tùng-Phong (Author)
Buy for $9.99 Excerpt
Nonfiction History History by country Europe United States Historical period Vietnam War Asia Southeast Asia
warning_amber
One or more licenses for this book have been acquired by your organisation details

In 1965, in the midst of the Vietnam War, Tùng-Phong reached out to the Vietnamese leaders in the North and South.

He wanted to inform his contemporaries about the short-term needs of Vietnam as a whole and opine on long-term goals. The result was the book he published in October 1965: Chính- Vit-Nam or Vietnam Geopolitical Affairs.

His daughter, Elizabeth T. Le, offers the first English translation of the landmark book in this text composed of three parts:

Part one offers a history of Vietnam from the year 938, when Ngo-Quyen reclaimed An-Nam’s (then Vietnam) independence after one thousand years of Chinese domination.

Part two contains what led to the general uprising, the revolt in the nineteenth century, communism, Dien Bien Phu, and the Vietnam War (called the American War in Vietnam).

Part three is the translation of her father’s book.

What made her father’s book powerful is he explored where Vietnam stood on the world stage and the historical baggage it carried. Moreover, he sought to find out how Vietnam could propel itself forward for the sake of future generations.