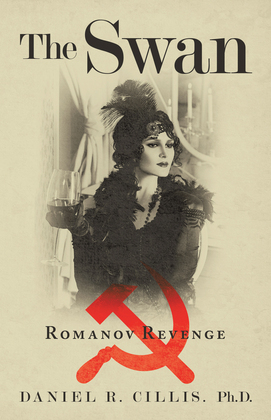 by Daniel R. Cillis Ph.D. (Author)
Excerpt Buy for $3.99
Fiction Espionage Historical Mystery & detective
warning_amber
One or more licenses for this book have been acquired by your organisation details

During the Russian Civil War, that followed the Russian Revolutions of 1917, the royal family of Czar Nicholas II and Czarina Alexandra and their 5 children were arrested and executed. The killing of the Romanov family by the Ural Bolsheviks captured worldwide attention. Eventually, the story faded from widespread public mindfulness. Yet, one woman who was close to the family cannot forget the brutal slaughter. She remains painfully aware and burns with an all-consuming lust for revenge. In this fast paced story, with a keen attention to its historical context, we meet the Swan and learn of her ties to the Romanovs, her aristocratic background and her life in Petrograd. Her time spent in grand palaces, ballrooms, the opera and ballet was under a cloud of impending revolution. Then, in fear of the Bolsheviks she fled Russia aboard a British Navy vessel. In New York, the Swan achieves her goal of infiltrating the U.S. Department of Justice, Bureau of Investigation. Once trusted by the Bureau of Investigation, Agent Adobe Centori is attracted to her grace and beauty. Centori discovers that the Swan’s mission is deception. As their relationship progresses, he learns more about her involvement with the new Soviet regime—and her true colors.