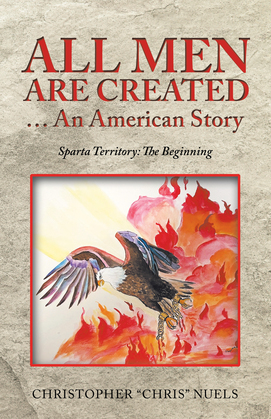 All Men Are Created … an American Story

It is 1865 in a war-torn America as battles between the North and South rage throughout the land. The book follows three former slaves and their journey from bonds of slavery to the mantle of leadership.

Amra, born a warrior prince in Africa and brought to slavery through treachery. He is a warrior seeking to retain his African values and estabhish himself as a man in an environment intimidated by his very presence.

Fieldhand, born into slavery and content in his life as a slave until one night of tragedy transformed him into a crazy, cold-blooded murderer. He satisfies his hate with the blood of the Confederate soldiers and the Negroes who helped them.

Fessa, born free and adopted by a college professor who ensured he was provided a world class education. Both, later paid the price for his kindly act when faced with the ugly brutality of the South.

Follow as the three men shed the shackles of slavery for the burden of manhood and leadership and join the fight for freedom as part of a special unit comprised of former black slaves and a white prisoners. Each sets out on a journey to find freedom in a country where their enemies are determined to keep them in servitude. ,

All Men Are Created … An American Story is the historical tale of the trials and tribulations of characters of color as they transition from a lifetime of slavery to men, and finally to leaders.