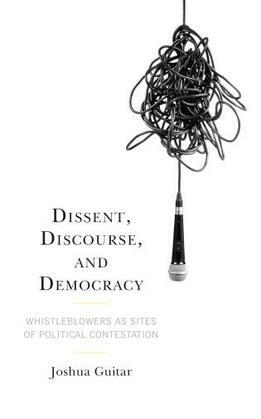 by Joshua Guitar (Author)
Buy for $45.00 Excerpt
Nonfiction Human science Language arts & disciplines Communication studies
warning_amber
One or more licenses for this book have been acquired by your organisation details

Government whistleblowers contest authoritarian power. Yet, critical scholars have only minimally examined whistleblower discourses and hesitate to substantively interrogate the ideology of statism. In Dissent, Discourse, and Democracy: Whistleblowers as Sites of Political Contestation, the author addresses this exigency and critiques government whistleblowing discourses through an Anarchist lens, reifying a pattern of discursive statist behaviors. Upon exposing government malfeasance, whistleblowers and their corresponding symbolic designations endure an erasure of agency via abstraction. Joshua Guitar conceptualizes the totality of abstruction, identifying it both as a rhetorical manifestation of ideology and a method of critical rhetorical inquiry. The author reveals how whistleblowing, a quintessential tool of dissent within democracy, has been systematically constrained within the public forum and weaponized for statist interests. Scholars of political communication and rhetoric will find this book particularly interesting.