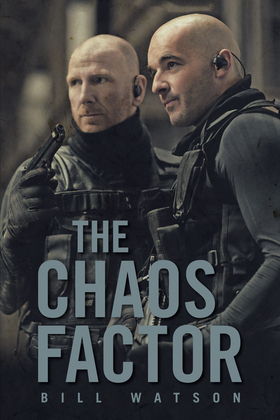 In 1968, the Cold War is at its hottest. A Royal Air Force Special Operator hears an unusual World War II style transmission cutting across his frequency every month at midnight. That in itself is not surprising; static and other stations occasionally come through. In the case of this transmission, though, every day following its appearance, something terrible occurs, whether it is a major crime, a disaster, or an act of terrorism. The operator reports this to his watch commander who passes it up the chain of command. The powers that be, aware of spy scandals, recruit a team. Bill is a police superintendent in a clandestine anti-terrorist office, and Smithy is a wild moorland hermit with excellent radio, cryptography, and fighting skills. Their mission is to confirm that the transmission is real and, if so, to arrest those responsible. Their team soon grows with the addition of Karen, a brilliant student and Bill’s posh girlfriend. Together, they race across the North and Midlands of England and find trouble with the Bulgarian Embassy as well as a Polish gangster and his English thugs. As their trail leads them to a suburban house and a bloody shootout, the squad finds themselves faced with chaos, and their mysterious venture comes to a head.