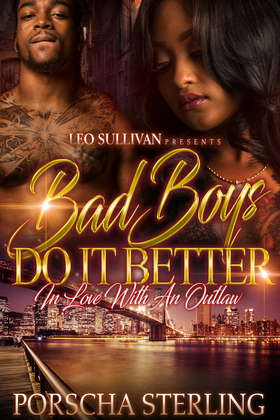 Bad Boys Do It Better

by Porscha Sterling (Author)
Buy for $2.99 Excerpt
Fiction Christian Romance Romance Suspense
warning_amber
One or more licenses for this book have been acquired by your organisation details

I'm Janelle Alexandria Elizabeth-Ann Pickney. The oldest of four girls. Graduate of New York Law School, two years earlier than expected, at the top of my class and apple of my father’s eye. After years of hard work and dedication, I’m finally rewarded by being able to sit in on one of the biggest trials in the city, being handled by the district attorney himself. I’m excited and terrified about working with him. After all my years of dreaming, the time has finally come.

But then I met him... Luke “Outlaw” Murray. The youngest of six boys. Graduate at the top of his class at hood university where he got his degree in the streets. Certified in Street Nigga-ology. He’s rude. He’s arrogant. He’s abrasive and he’s… did I say he was rude? He’s everything I don’t want in a man. Everything I shouldn’t want… until I do.

And this... this is a story about us. But beware, because it's not your average love story.